I know many Australians still have not accepted Halloween, ‘it’s a silly American tradition’, even though it is not American, but anyway, they really should, because it is heaps of harmless fun and the kids love it.  Our new neighbourhood really gets into it, I think I enjoy it more than Christmas!

But of course, it’s not just about the dressing up and lollies, halloween craft is lots of fun too. Maybe it’s because I am new to it, but it seems so much more fun than Easter and Christmas craft.  Today I just did a simple project with the little kids as the older 2 were not home.  I had another idea in my head, but have decided to keep that for later in the school holidays.  I am hoping to get quite a few Halloween themed projects in over the next 2 weeks while the kids are off.

I cut out some Halloween shapes in the potatoes while Ms4 gathered the paint and plastic plates.  The boxes were just from the grocery store, but they are available at many places, $2 shops etc. We had to allow each side to dry before doing the other side, as you need to apply pressure for best results, rather than trying to stamp the assembled boxes.  Once both sides were dry we applied another coat of glitter paint, and some embellishments, again, one side at a time.  The weather was nice today so the whole project only took a couple of hours even while waiting for things to dry.

Cut in your shape with a sharp knife, around 5mm deep.

then cut in from the sides until you hit the cut out,

Paint, boxes (or what ever you want really) potatoes. 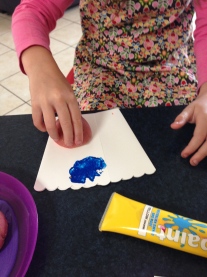 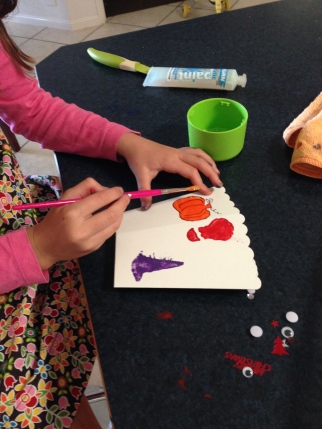 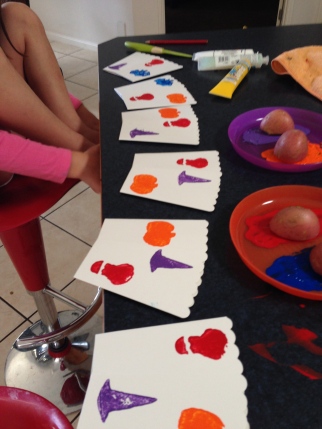 Allow first side to dry. 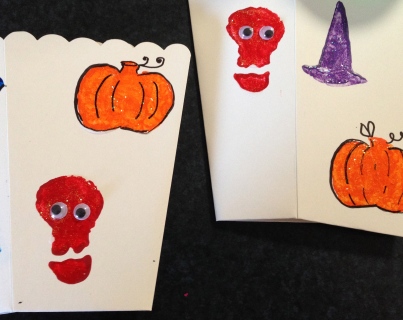 Everything is better with googly eyes! 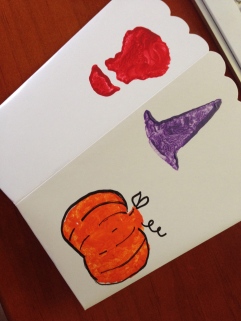 Add extra detail with a marker if desired. 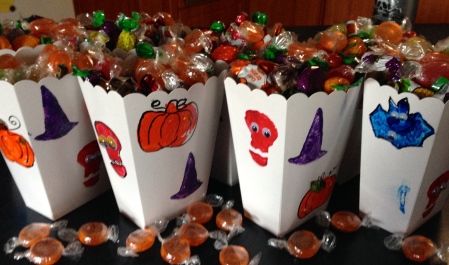 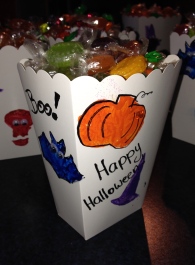 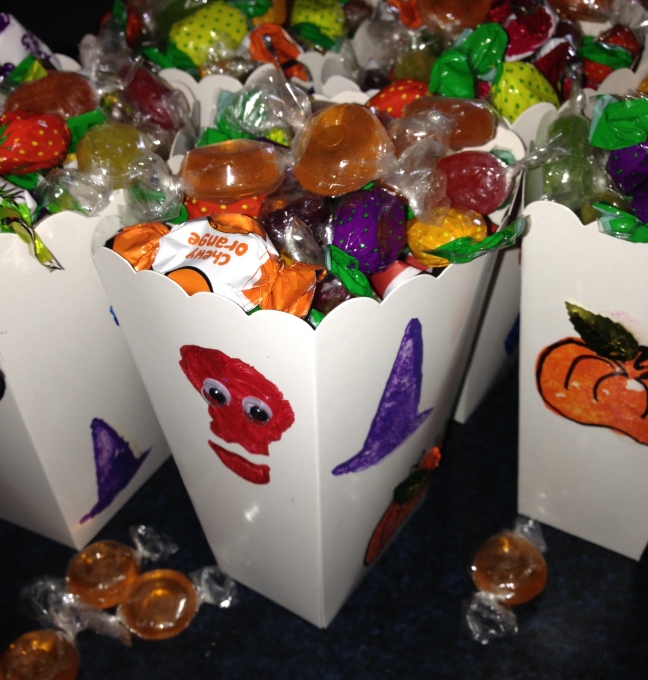 I am pretty happy with the results.  Would have liked some different coloured boxes for variety, and was disappointed we are out of black paint for the bats, but over all, not bad for an afternoons work. 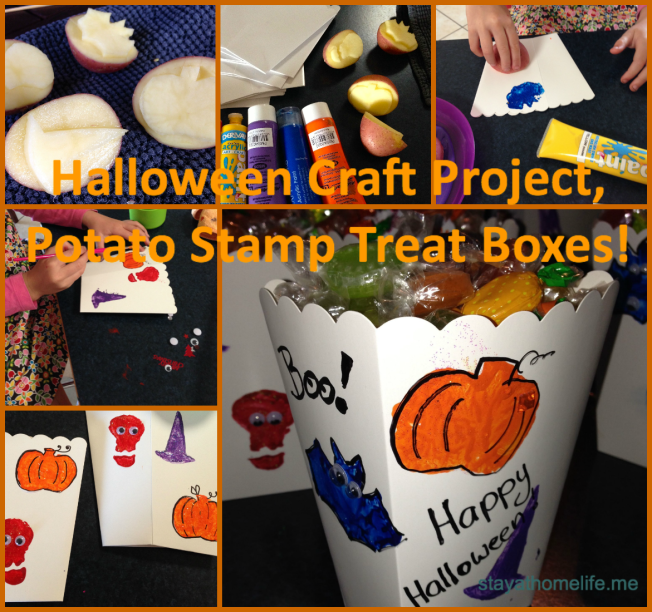