After establishing my daughter has low muscle tone, it was suggested by her occupational therapist that we use play dough to warm up her hands before any writing or drawing activities.   Obviously it also has many other benefits, like fine motor, creativity, blah blah, but anyway.  After buying all the different brands and them still ending up dry and ‘ordinary’ after a week, I decided it was time I got off my little b-hind and made our own.  Unfortunately I only had blue food colouring on hand (because the kids always want some in the bath, so we go through a lot :s ) .    I chose this recipe, as it had a 5 star rating.  The only problem is I don’t have nor have ever bought cream of tartar?  So some googling suggested I could omit it for baking powder and vinegar, but the vinegar was going to mess with the liquid content and ohhh, it all seemed too hard.  So, as I do, I figured I’d just do a splash of this and a bit of that.  I used about 1 tablespoon of white vinegar and 2 tablespoons of baking soda.

I mixed all the dry ingredients with a whisk, then added the water and the rest of the wet ingredients.  It was very wet. 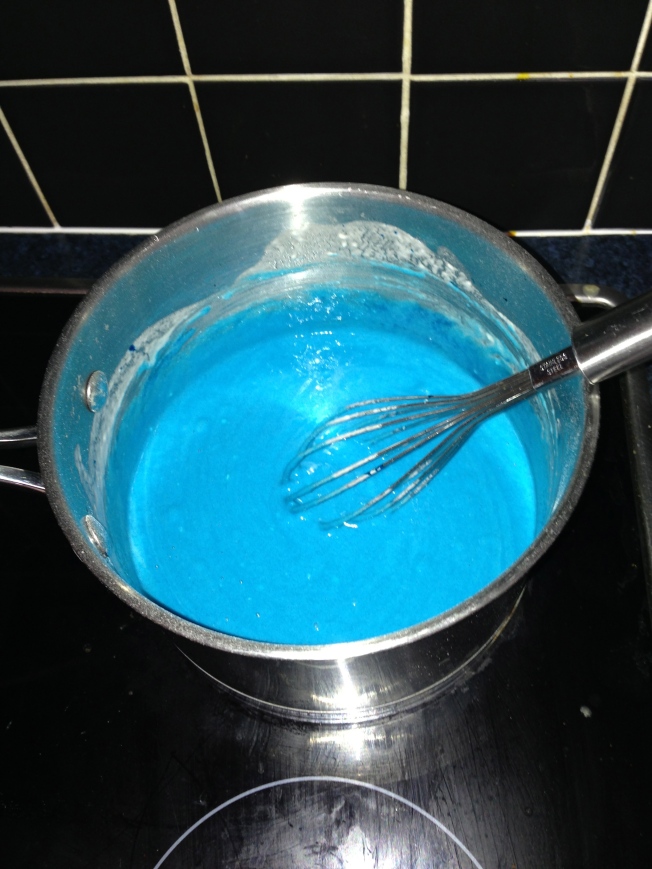 The recipe does not actually tell you how hot to cook it, so I just went with 4, which is just below half way on my cooktop.  This worked well. 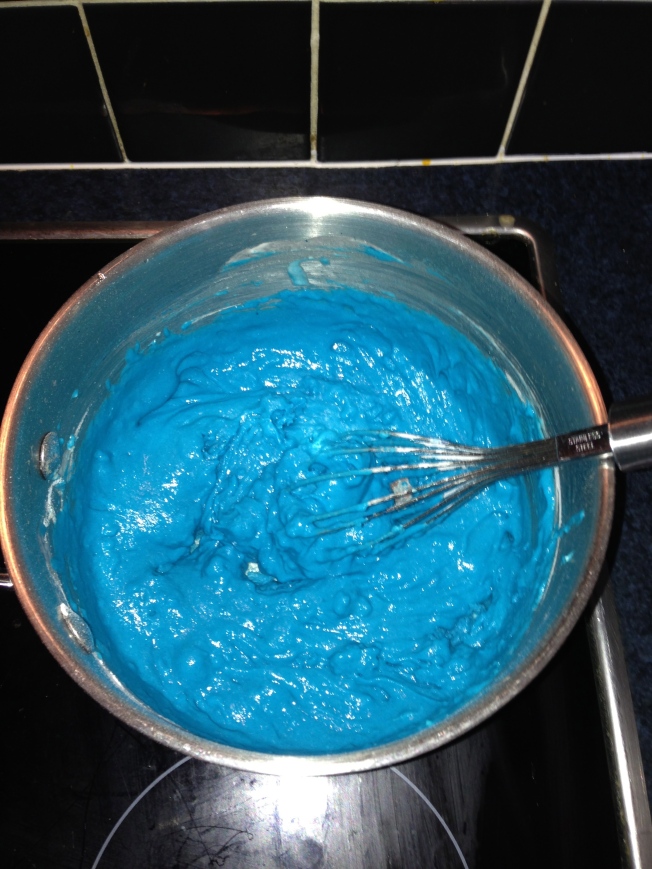 After just a few minutes it starts to thicken.

I continued working with the whisk to avoid lumps, but eventually it became too thick and was all getting stuck in the middle of the whisk.

Soon enough, this is what we had.  I used my fingers to test (first time they came away all sticky, much like a skewer in cake) but then it was just about right.  Surprisingly even though it was still over the heat, it was not very hot to touch.

Adding glitter to the cooked dough

I added a vile of glitter, because – well why not?  I did this before the final kneading so it was well distributed.

And there you have it. 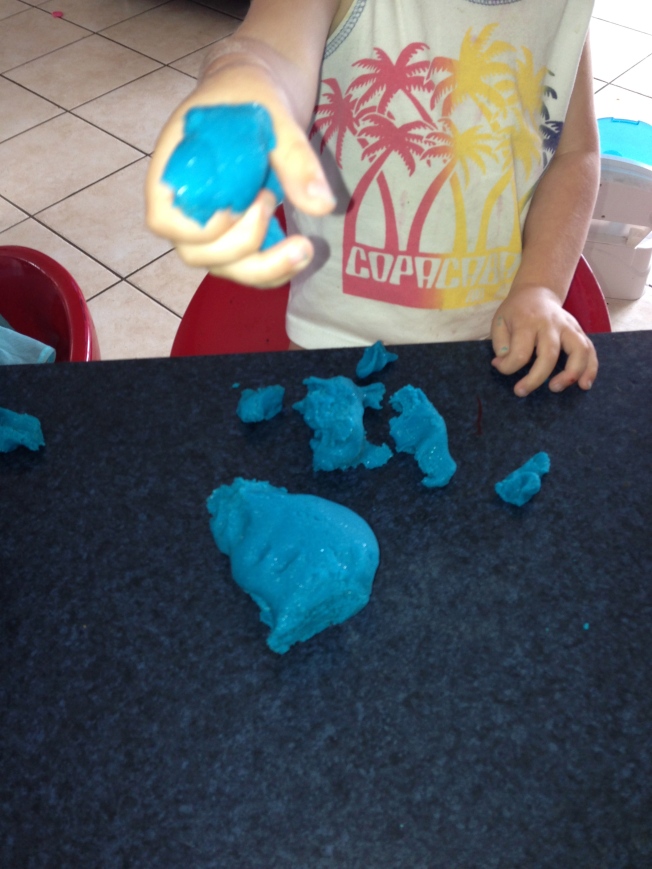 It turned out really smooth and soft.  As demonstrated by Mr Grubby. 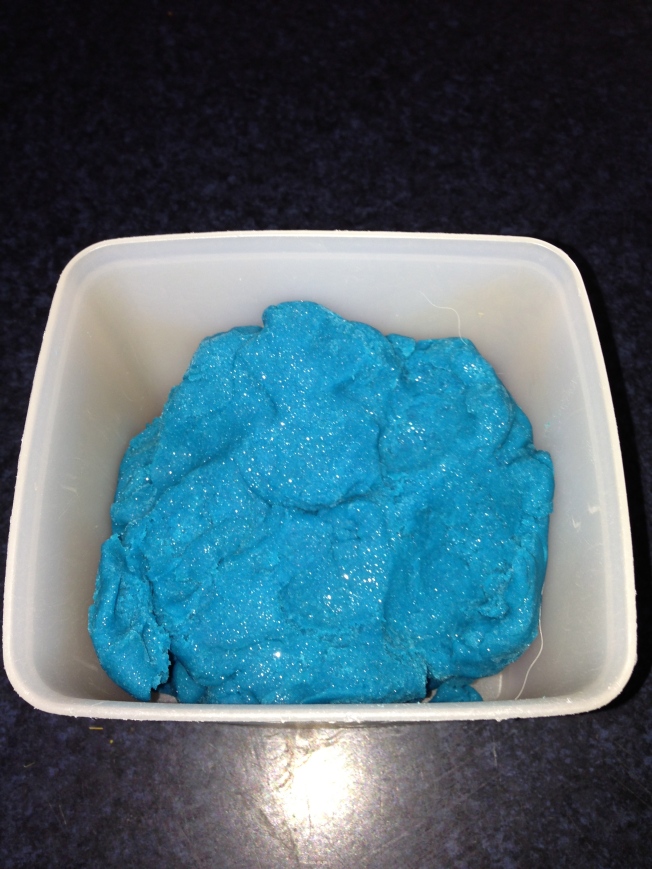 Ready for the fridge

The recipe suggests it keeps for up to 6 months in the fridge.  I like the sound of that, I’ll be happy if it lasts 2 weeks.

The Aliens have landed